The AWBLA District, is an equal opportunity educational provider and employer, does not discriminate on the basis of race, color, ethnicity, religion, national origin, gender, disability, sexual orientation, genetic information, gender identity, or gender expression or any other basis protected by law in educational programs or activities that it operates or in employment decisions. The District is required by Title VI and Title VII of the Civil Rights Act of 1964, Title IX of the Education Amendments of 1972 (the “Final Rule”, May 2020), Section 504 of the Rehabilitation Act of 1973, the Age Discrimination Act of 1975, the Americans with Disabilities Act of 1990, as well as board policy not to discriminate in such a manner. (Not all prohibited bases apply to all programs.)

The AWBLA District expressly prohibits racial, national origin, ethnic, religious, disability, genetic information, gender, gender identity, gender expression, or sexual orientation harassment of its students, employees, and those who seek to join the campus community in any capacity or those who interface with the district, i.e., citizens, parents, vendors. District employees are expected to treat students with courtesy and respect. Students are expected to treat other students and district employees with courtesy and respect, to avoid behaviors known to be offensive, and to stop those behaviors when asked or told to stop.

Examples of harassment include, but are not limited to, threatening or intimidating conduct; verbal, written, electronic, or physical conduct; and any other demonstrative actions based on race, color, ethnic origin, nationality, religious preference, disability, genetic information, gender, gender identity, gender expression, or sexual orientation that has the purpose or effect of creating a hostile, intimidating, or offensive learning environment and substantially interfering with the learning environment.

Retaliation against a person who makes a good faith report of discrimination or harassment is prohibited. Retaliation against a person who is participating in an investigation of alleged discrimination or harassment is also prohibited. However, an individual’s exercise of rights protected by the First Amendment of the United States Constitution does not constitute prohibited retaliation. Charging an individual with a code of conduct violation for making a materially false statement in bad faith in the course of an investigation or grievance proceeding also does not constitute retaliation.

Any employee or student who believes that he or she has experienced discrimination, harassment, or retaliation should immediately adhere to the following:

§ Employees- report the problem to their district supervisor; however, should the complaint be against the district supervisor, then it should be filed with the next level of authority.
§ Students- all allegations involving a student shall be reported to a teacher, counselor, or

campus principal. However, should the complaint be against the campus administrator, then it should be filed with the next level of authority. No procedure in district policy shall have the effect of requiring the student alleging harassment to bring the matter to the person who is the subject of the complaint.

Filing false allegations is strictly prohibited and may result in disciplinary action. Any person who intentionally makes a false claim or offers false statements may be subject to any and all available state and district penalties.

To the greatest extent possible, the District keeps the identity of complainants, respondents, and witnesses confidential unless disclosure is required by law or necessary to carry out a Title IX proceeding. Limited disclosures may be necessary for the District to conduct a thorough investigation and to preserve the rights of complainants, respondents, and witnesses. 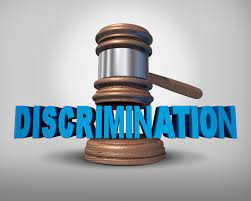